Green energy on a green island – Environmental management on the Mainau

Economic actions also have effects on our environment. The Mainau GmbH wants to achieve a balance between ecology and economy and thus follows a rigorously sustainable company policy with a focus on the environment and energy. Since 1998, the European Environmental Management System EMAS is a central part of the company’s environmental management. The Mainau GmbH was the first tourism company in Germany to be certified according to these guidelines. The goal is to be self-sufficient and to produce 100 percent of electricity and heat required for the island from regenerative sources. An important milestone was the inauguration of a wood gasification plant in 2012, which supplements a wood chip heating system and increases the share of renewable energy up to 70 percent. The wood gasification plant which was developed with the Constance Utility Company is the first of its kind in Germany. The wood fuel is partially generated from Mainau’s own forests. The pure wood gas obtained in the plant powers the gas-driven motor of the block heat and power station (BHKW), which generates electricity and heat. A photovoltaic plant provides additional electricity and the heat provided by the BHKW enters the local heat distribution network of the island. The CO2 emission is very low, as only the CO2 is emitted which was previously taken up by the trees beforehand.
Already in 1961, the father of the countess, Lennart Count Bernadotte, pointed out the necessity of environmentally friendly actions and economising. In a round table discussion between politicians and experts in Schloss Mainau, they adopted the “Green Charter of the Island of Mainau”, which was guided by twelve requirements for a prudent, sustainable lifestyle for people and the environment and was addressed to the society of the times. “We used it as an opportunity to also reflect on our actions”, said Bettina Countess Bernadotte. “As a human being and entrepreneur, I firmly believe that each single person continually has the possibility to influence the surroundings by his actions. For this reason, it is important to make people aware of their environment and to motivate them to take sustainable actions.”
In addition to energy generation from regenerative sources, one wants to lower energy consumption in particular and to continually look for possible savings potential. This applies, for example, to refrigeration systems, which have been condensed as far as possible and are operated with energy from regenerative sources. The Mainau GmbH as a company is thus a pioneer and role model for successful harmony between economy and ecology.
On the Island of Mainau, one feels obliged to economise sustainably. In the midst of the large drinking water reservoir of Lake Constance, one has a particular feeling of responsibility for the environment. The platform Mainau with its effect should make people aware of the topics of nature and sustainability. Countess Bernadotte passes her time every day with open eyes, collecting ideas in order to further improve the environmental balance of the island and to give visitors from near and far an impulse for their daily lives.
“Today we can already generate up to 150 kilowatts of electric and 300 kilowatts of thermal output. A big step in the direction of our uppermost goal which is to cover the entire energy requirement of the island regeneratively”, stresses Bettina Countess Bernadotte, General Manager of the Mainau GmbH. 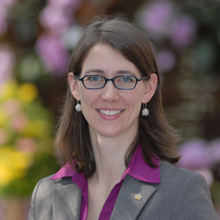 Has lived on Lake Constance since Since 1974

Restaurant Tip: Our new restaurant “Comturey” in the shore gardens near the harbour. I love fresh products from the region, especially in organic quality.

Cultural Tip: The museum Humpis-Quartier in Ravensburg. I still know the rooms from my student days as a pub, and I admire the contents as well as the architectural design of the new museum.

Sports Tip: I love to climb and enjoy going to the climbing hall in Radolfzell Climbing does not only require physical fitness, but also the ability to concentrate – ideal to free-up the head and good mental training.

Shopping Tip: My shopping tip is the Biowelt in Constance. The small supermarket has a large assortment of regional products in organic quality, tasty cheeses and hams.

„The start is half the battle, (Aristoteles)“
Daniel Hauri, 62