My Experience-Holiday Week on Lake Constance

I am called Isabel and I live on beautiful Lake Constance - and there are endlessly many things to discover here. Lake Constance is namely the third largest lake in Europe and borders on Germany, Austria, Switzerland and the Principality of Liechtenstein. Those are a lot of foreign countries for one lake. During the summer holidays in 2013, I visited the coolest holiday destinations with my brother Paul and my parents for one week using the Lake Constance “Erlebniskarte”, and I would like to tell you more about this:
The first day was so nice that we decided to take the boat from Constance to Schaffhausen. Then we went with a bus to the Rheinfall. That is quite a waterfall! It is 150 metres wide – longer than an entire football pitch. And we all got wet because we almost went with the boat through the waterfall. The water sprayed up and the waves splashed against the boat.
Afterwards there was an ice cream for everyone, and then our parents took us on a tour of the town of Schaffhausen so that we could also learn something.
When I put my head out from under my blanket on the second day it was raining. Oh dear, I thought, the 2nd day of our adventure tour and we already have rain. But after one glance in the Lake Constance adventure planner things weren’t quite so bad. I decided to visit the Zeppelin Museum in Friedrichshafen with Paul and my parents. In the afternoon, we went to the Aquastaad in Immenstaad. We really enjoyed the adventure pool with its many surprises.

On the third day, we took the adventure bus to the reptile house in Unteruhldingen. Here you can see snakes, lizards and turtles from different climate zones. Afterwards, we let ourselves be taken back to life 3000 to 5000 years ago. We visited the Pfahlbau Museum in Unteruhldingen. I found it really exciting to try out how grain was ground with a mill stone and how a hole was drilled with a flint stone. Then we went to the Affenberg in Salem. More than 200 cute Barbary machaques, storks and fallow deer live there.
On the fourth day, mama and papa decided what we should do. Of course, a little bit of culture was on the programme. Thus, we drove to Vaduz in the Principality of Liechtenstein. First of all, we took the city train through the town and then we took a look at the art history of Liechtenstein in the Art Museum.
The fifth day was not sunny, unfortunately, so we drove to Bregenz to visit the Vorarlberg Museum. We learned a lot of history about the Lake Constance region in the museum. The weather improved around midday so we ended our day in the Alpine Wildlife Park on the Pfänder.
On the second to last day, we took a canoe tour on the Seerhein near Constance. Paul didn’t want to put on his life jacket at first because he thought that “it wouldn’t be cool!”. We spent the afternoon in SEA LIFE. Paul liked the sea turtles and the moray eels. I thought that the penguins were cute in their little suits.
On the last day of our adventure holiday week we had to get up really early in the morning. I wanted to go with Paul and my parents to the Säntis. We took the chairlift up to the mountain, which is more than 2500 m high. Afterwards, we went to the SEE BAD in Romanshorn. Paul and I tried out 100 m water slide and the playground right away – it was so much fun. Mama and papa relaxed in the wellness pool.
It was a good thing that we had the Lake Constance “Erlebniskarte” because this way we could save a lot of money and could really visit a lot of attractions! 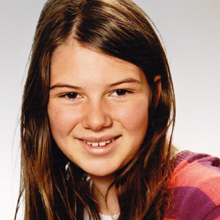 Has lived on Lake Constance since For 13 years

Sports Tip: A must on Lake Constance -sailing! And you can easily learn how to sail in the Segelcamp Bodensee in Gaienhofen-Horn

„You can work and live well here!“
Klaus Walther, 66